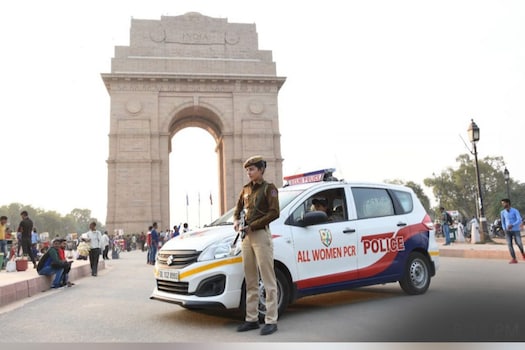 Introduction:
Women across India are subject to violence and harassment that significantly impacts their access to opportunities for advancement and socio-economic security. As per the 5th round of the National Family Health Survey (NFHS-5), 30% of women in India between the ages of 15-49 have experienced physical, sexual or domestic violence. Women’s safety and security are a top priority for both the central and state governments in India.

A number of initiatives across states have been introduced to monitor and track timely resolution of crimes against women. Many innovative emergency response systems have also been developed for the police to rescue women in distress. As a part of the #CallItOut because #ItsNotOK campaign,  best practices have been identified at the national and state levels to highlight innovations, facilitate knowledge transfer and coordinate efforts towards the prevention of harassment against women. The announcement of the setting up of a separate women’s cell to report online harassment and register complaints by KT Rama Rao, Minister for Information and Technology at the #CallItOut- Telangana Townhall, is an example of an initiative which can be replicated in other states. As new challenges emerge, these practices can assist policymakers and other stakeholders in implementing effective measures to reduce crimes against women.

Nirbhaya Fund: The government has established the Nirbhaya Fund for women’s safety and security projects, for which the Ministry of Women and Children is responsible. Under the Nirbhaya Fund, the Bureau of Police Research and Development (BPR&D) has also undertaken several initiatives such as training and skill development programmes for Investigation Officers, Prosecution Officers, and Medical Officers, as well as the distribution of Sexual Assault Evidence Collection (SAEC) Kits to States/UTs. Here

181 Helpline: An emergency response system has also been operationalized in States and UTs since 2018-19. The pan-India women helpline helps in the dispatch of local resources for the rescue of women from situations of distress. The 181 helpline has also been integrated as a quick-dial feature on the Truecaller app. This integration has led to over 4000 calls being made daily to the Delhi Commission of Women for help and rescue. Daily calls jumped by 200% due to increased awareness about the helpline. Here

One Stop Centres (OSCs): For women that have endured violence, One Stop Centres (OSCs) have been established with psycho-social and mental health care needs that women in distress may need for support and Swadhar Grehs for women that are facing difficult circumstances or destitution. As of April 2022, 4.93 lakh women have sought assistance from 704 OSCs that are  operational in 35 states/UTs. Here

Railway Protection Force:
Meri Saheli: Launched as a pilot project of the Railway Protection Force (RPF), the Meri Saheli Initiative has been expanded to all Railway zones. Under the initiative, the security of lady passengers that are travelling by train is ensured by a dedicated Mahila officers team. As of June, over 2 lakh 25 thousand ladies have been provided with end-to-end security from 283 teams (covering 223 stations) of trained Mahila officers. On average 1,125 lady RPF personnel are deployed per day. Here

1. New Delhi
Special Police Unit for Women and Children: It is a special body of the Delhi Police, which aims to safeguard the rights of women and children in the Capital. The Unit actively works with NGOs, Schools, Colleges and private partners to build a safe ecosystem for women. Here
It provides the following services:

Tejaswini Women Safety and Empowerment Campaign:Pink booths have been established in areas of Delhi with high footfall to provide women with safe public zones and a complaint redressal system. Over 500 PCR vans have also been stationed near schools and colleges throughout the capital to ensure the safety of female students. Distressed women can opt to be dropped off at their homes safely at night through PCR vans. Here

Task Force for Women’s Safety in Public Transportation: The Task Force for Women’s Safety in Public Transportation works to improve women’s safety and their experience with public transportation in Delhi. In Delhi Transport Corporation (DTC) buses, the Delhi government has deployed 13,000 female marshals that have been trained to prevent violence against women. Additionally, the Delhi government is also installing CCTV cameras and panic buttons in 5,500 DTC buses. Each bus will have 3 cameras and ten panic buttons so that passengers can summon assistance in any emergency situation. Here

SHE Teams: SHE Teams is a division of Telangana Police for enhanced safety and security of women. At present, there are 331 SHE teams working in Telangana state. Offenders are counselled along with their family members and the police maintains a database of offenders to monitor and prevent future harassment of women. Here

Women Safety Wing: The Women Safety Wing (WSW) is a department of the Telangana State Police working to ensure the safety, dignity and empowerment of women in the state. The WSW has its own cadre strength and a very specific mandate. The Wing has been designed to handle the investigation into crimes against women that specifically include the prevention of trafficking, sexual offences, domestic violence, juvenile delinquency, NRI issues & cyber crimes. Here

3. Odisha
Mission Shakti: Mission Shakti is Odisha government’s key development initiative for the empowerment of women. The mission provides a platform for women to bring about change by allowing them to be the whistle blower of the injustices they face in society. Transformative change has been brought under the scheme by protecting women from harassment and by ensuring their economic growth. Here

Crime Against Women and Children Wing (CAW&CW) Separate cell – under Ms. Rekha Lohani: Started in 2021, the special wing is responsible for monitoring and supervising special cases involving women, children, and other sensitive crimes. The special wing will research trends and patterns in all types of crimes against women and children across the state in order to develop strategies for detection, prosecution, and prevention of such crimes, as well as improved counselling strategies for victims and juvenile offenders. Here

Mahila Police Station: At present, there are 6 women police stations in the state that are also headed by top women police officers. The state has also established Women & Child Cells to facilitate an integrated and improved response of the Police to crimes against women & children. To facilitate an integrated approach toward crime against women and children, Mahila & Sishu Desks have been set up in 537 Police Stations in the State of Odisha.  Here

4. Kerala
State Women Cell: The State Women’s Cell monitors any delays or shortfalls in the investigation of crimes against women and ensures District Police chiefs take the right steps. The Women’s Cell works with the women’s forum and non-governmental organizations to provide family counselling to distressed women. The Cell has also been tasked with providing training for the police on the issues of atrocities against women. Each district has a Woman Cell and 19 such cells are under the leadership of women police inspectors in Kerala. Here

Women Safety Year: In 2020, the state observed a Women Safety Year where districts were instructed to collaborate and establish a women crime investigation team comprised of female inspectors and police personnel for the investigation of major crime cases involving female victims. These teams were drawn from the State Women Cell to streamline police investigation. In Kollam City, the state had also rolled out a pilot project called the ‘Surakshitha’ to encourage and enable women to walk alone at night. Here

Aparajitha is Online: To combat online harassment of women and girls, the Kerala police has launched the ‘Aparajitha is Online’ initiative. It is a quick response mechanism developed for grievance redressal that maintains the victim’s and her family’s confidentiality while trying to identify and locate offenders. The Cyber Cell, District Cyber Cell, HI-Tech Cell, Cyber Dome provide their expert assistance in the reporting and prevention of such crimes. Here

5. Maharashtra
Crime Against Women Unit: The Maharashtra government has set up a special police unit to tackle crimes against women and children in every district of the state. The unit investigates various serious and domestic offences against women. The unit also has a counselling cell which provides counselling services to women in distress and those that have suffered domestic violence. Here

6. Tamil Nadu
All Women Police Station (AWPS):  Recently, the Tamil Nadu government launched 20 AWPS across the state with one such station in every subdivision of the state. Here

Kavalan SOS App for Women: In 2018, the Tamil Nadu police launched the Kavalan SOS app that citizens can use to alert the police if they are caught in emergency situations. The app has an SOS button that sends a panic signal along with the user’s current location and a video recording from the back camera to the police control room. The service is available 24*7 and the police encouraged women and the elderly to use the app in times of need. More recently in 2022, the government launched the Kaaval Uthvai app with 60 features that can be used by citizens, especially women, if they need emergency help from the police. Besides sending an alert and the victim’s location to the police, users are also notified about the nearest patrol vehicle/police facility.

8. Haryana
Durga Shakti App: In 2018, Haryana Police mobile app launched for women’s safety. The app provides a platform for women to seek immediate help from police in times of distress and can be downloaded from both Google and Apple play store.  In the event of an emergency, the user’s location coordinates are immediately sent to the Durga Shakti app helpline number, and a police team from the nearest police station is dispatched to aid the distressed women.  Additionally, an SMS is sent to the user’s emergency contact number. So far, over 2 lakh people have downloaded the app for women’s safety. According to Haryana Police, preventive action has been taken in 33 matters and over 1,100 issues were resolved amicably. Here

9. Jharkhand
Shakti App: The state has launched a women’s safety app called ‘Shakti’ that allows women to send a distress call to the police in the control room and their relatives/friends directly in case of any emergency. Currently, the app is available for download on the Google play store. To help women report crimes and harassment, the Jharkhand police has established a women helpline number- 9771432103.

10. West Bengal
Winner Squad: In 2018, the state government launched an all-women patrolling team termed ‘The Winners Squad’. The squad is a specialized police force that has been trained in self-defence and aims to keep public spaces safe for women. To prevent crimes against women, these squads are equipped with scooters for district-level patrolling. Previously only present at the Bidhannagar and Siliguri Police Commissionerates, the West Bengal Cabinet in April 2022 announced the formation of such squads in all districts and commissionerates throughout the state. Here 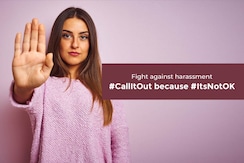